Avicennia marina ssp. australasica is a small yellowish-green tree or shrub of intertidal zones forming dense groves on coastal mudflats in the upper North Island. In New Zealand, they are found only in the top half of the North Island and grow in an area from near Cape Reinga in the north southwards to Bay of Plenty’s Ohiwa Harbour (near Opotiki) on the east coast and in the Kawhia Harbour on the west coast. This is north of about latitude 38 degrees south. Mangrove forests are made up of a number of different types of habitats - mangrove stands, pneumatophore zones, seagrass beds, low-tide channels, channel banks, and sandflats.
Its growth habit is variable, as a tree form it can grow up to 12 m tall with a narrow to a broad spreading canopy; as a shrub form it will grow > 2 m tall and > 4 m across. The plant's roots are spreading and they bear numerous erect pneumatophores (aerial roots).
The leaves are leathery, tapering to a pointed tip and are a pale brown underneath. It has inconspicuous flowers which develop into large, yellowish, leathery fruit. These mangrove propagules (baby mangrove plantlets) fall from the tree and floating on tide till they are wash ashore and will then germinate.
The bark on mature trees is grey and furrowed. The stout branches are spreading and brittle (snapping readily).
Mangrove live in a salt water environment and exclude salt by having significantly impermeable roots which are highly suberised, acting as an ultrafiltration mechanism to exclude sodium salts from the rest of the plant. Analysis of water inside mangroves has shown 90% to 97% of salt has been excluded at the roots. Avicennia marina subsp. australasica can secrete salts directly from the leaves. They have two salt glands at each leaf base and they can be covered in white salt crystals.
Mangroves provide an important habitat and nursery area for juvenile fish and crustaceans. The leaves, fruit and twigs that drop into the water are a source of food. The roots, pneumatophores (breathing roots) and overhanging branches provide shelter and protection from predators. Mangrove swamps protect coastal areas from erosion, storm surge (especially during hurricanes), and tsunamis. The mangroves' massive root systems are efficient at dissipating wave energy. Likewise, they slow down tidal water enough so its sediment is deposited as the tide comes in, leaving all except fine particles when the tide ebbs. In this way, mangroves build their own environments. Because of the uniqueness of mangrove ecosystems and the protection against erosion they provide, they are often the object of conservation programs.

Below is an article by Dr Andrew Morgan and Lisa Hack. Senior Environmental Scientists.

ENVIRONMENTAL HEALTH. Why would mangroves have anything to do with our health and wellbeing?
"The coastal zone is dynamic and has many rivers and streams into large bays. Many bays and estuaries are exit points for sediment run-off from our mountains, rivers and urban environments which are carried down to the coast and out to sea. These sediments also carry a range of pollutants, mainly from industrial operations and road runoff.
The presence of mangroves results in large amounts of sediment coming down from inland areas being trapped and bound together in a complex system of "roots" and pneumatophores. Mangroves provide a natural shelter belt along these areas of the coast, preventing the erosion of estuaries and the deposition of sediment out to the open coast.
Mangroves form an integral part of our coast in the upper North Island and are part of the dynamic environment of these bays and estuaries. An absence of mangroves in large, intertidal shallow bays or estuaries affects how sandbars and other sediment types are formed in these areas.
The trapping of all this sediment also binds up contaminants, both natural and man-made, "burying" them in the complex system that makes up mangrove "forests". Trace elements and other chemicals that are not readily available to enter the food chain and impact on wildlife and which can eventually enter our food chain accumulate in these sediments.
Our own impact on the coastal environment contributes to both the accumulation of chemicals in the coastal environment and an extensive amount of additional sediment. Mangroves, in fact, assist in alleviating this problem if left where they are or assisted in recolonising areas affected by our own activities.
Mangroves provide a refuge for a number of bird species. insects and invertebrates. Furthermore, mangroves are an important habitat for fisheries, contributing to juvenile fish population survival and recruitment into adult populations by providing shelter and a source of food. They provide a vital nursery ground for fish and a place of rest for migratory and pelagic fish.
Mangroves grow in fine, silty mud along bays and inlets of the coast in northern New Zealand. They respire or "breath" through pneumatophores, or tube-like structures protruding through the sediment into the water column which is exposed at low tide.
This complex root system binds up sediment, resulting in large areas of mud. Seed pods from mangroves drop off and are transported by tidal currents, colonising other areas of the coast where conditions are appropriate, giving rise to further mangrove forests.
Estuaries are a dynamic environment, ever-changing as sandbanks shift and currents change direction. The ability of mangroves to adapt and change as the estuary changes it enables them to rapidly colonise areas.
agriculture crops, forestry, sheep and dairy farming results in a lot of runoff from pastures. This runoff contains fertilisers, pesticides and herbicides, all of which affect animals which live in the estuaries or feed on those that occupy estuarine habitats.
Furthermore, urban development and building along the coast result in further pollution loading into the coastal environment. Land reclamation also contributes to this, destroying large areas of mangroves, changing the environment and causing a shift in the distribution of mangroves.
These effects can be divided into physical, chemical and biological, all having various effects on our coastal environment. It is our responsibility to mitigate or minimise these effects as we develop infrastructure to support our ever-expanding population base. Mangroves assist us in this process. So, rather than destroying them and not taking responsibility for our actions along the coast in such habitats, we should be mitigating our effects on these environments. The reason for this is that as mangroves bind up sediment in estuaries they also help bind up particulate matter and associated chemical pollutants such as trace metals.
As a result of this, it is more difficult for these chemicals to enter the food chain. It also assists in limiting large amounts of sediment from being carried out to sea and deposited in areas that would otherwise not be exposed to this. This further limits potential habitat change and altering of ecosystems in ecologically sensitive areas of the environment.
Not only are we protecting our marine environment through limiting the impact we have on estuaries and mangrove forests, but we are also protecting natural processes and protecting our fisheries, our environment and ultimately the food chain.
As a result, we are protecting our health and well being. It is important for us to look after mangrove habitats around our coast without compromising land development ". 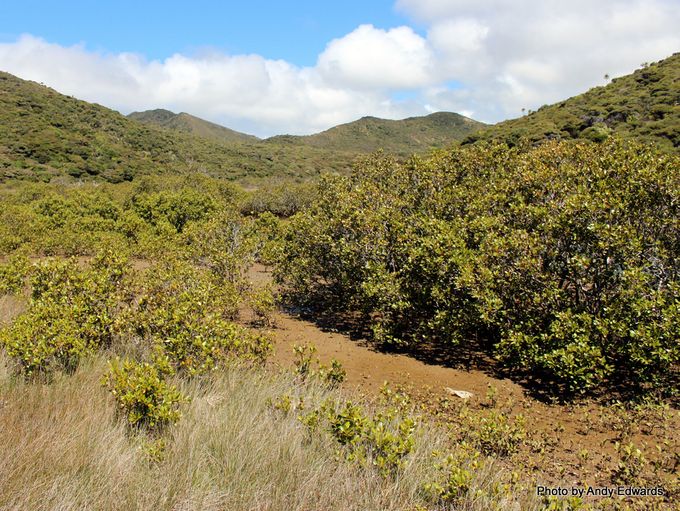 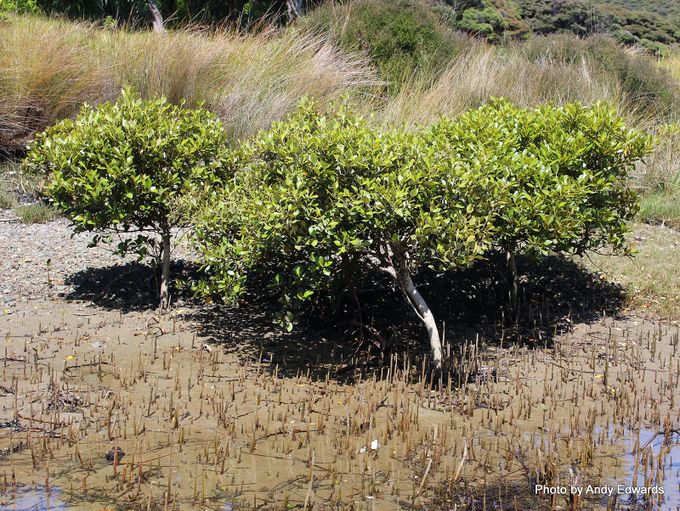 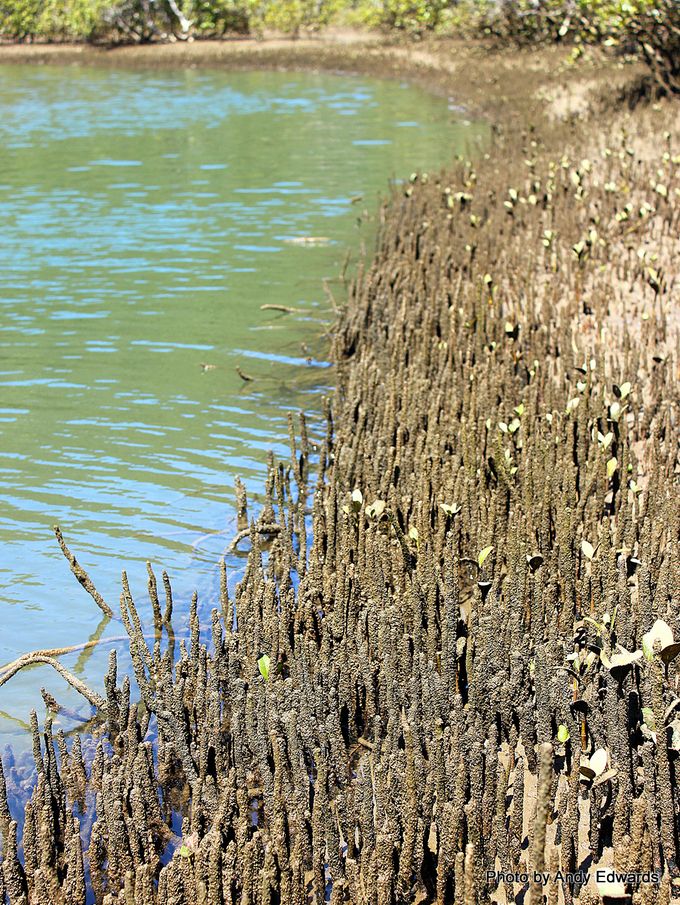 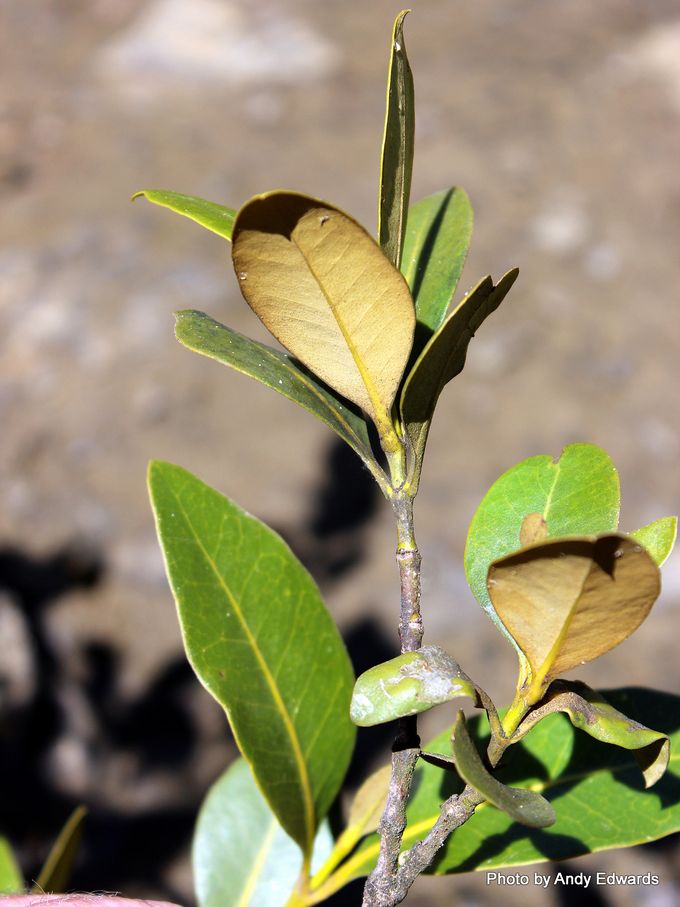 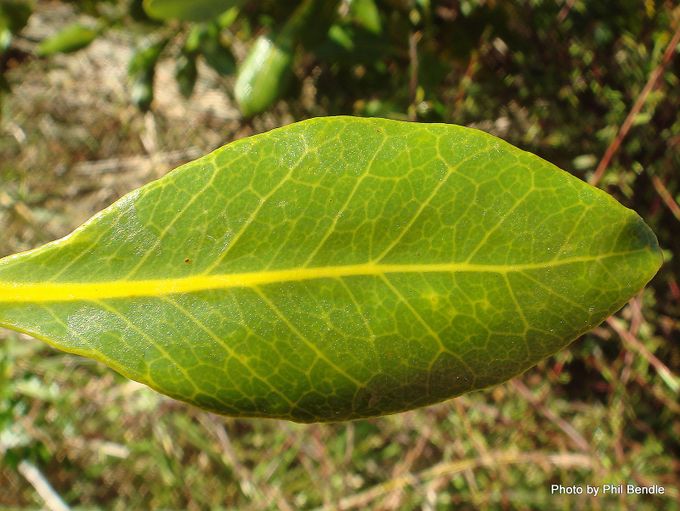 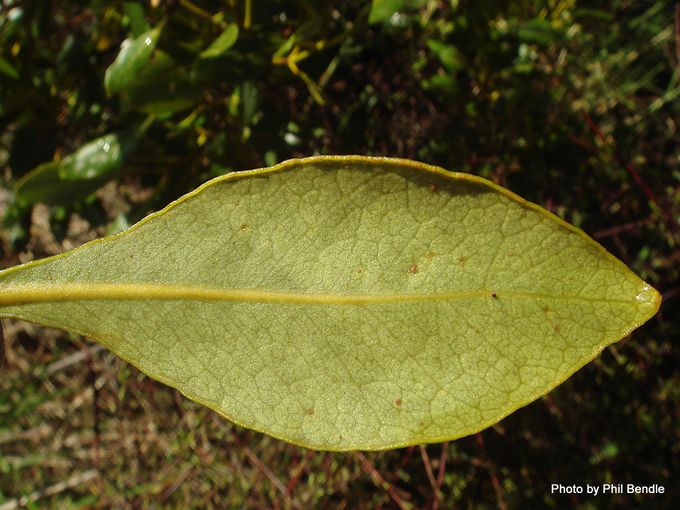 A closeup of a mangrove leaf showing the salt crystals excreted through the pores of the leaf. Salt is excreted on both surfaces. 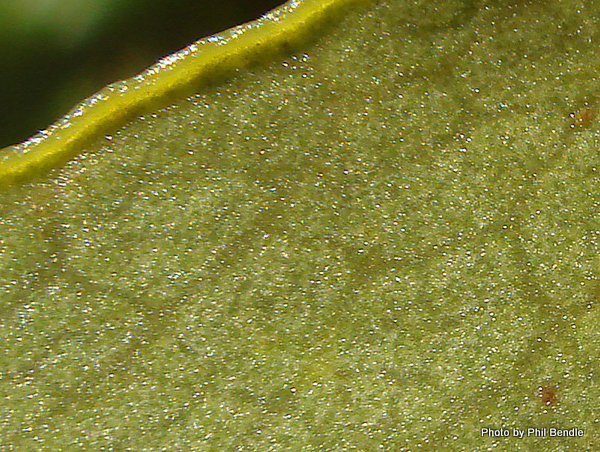 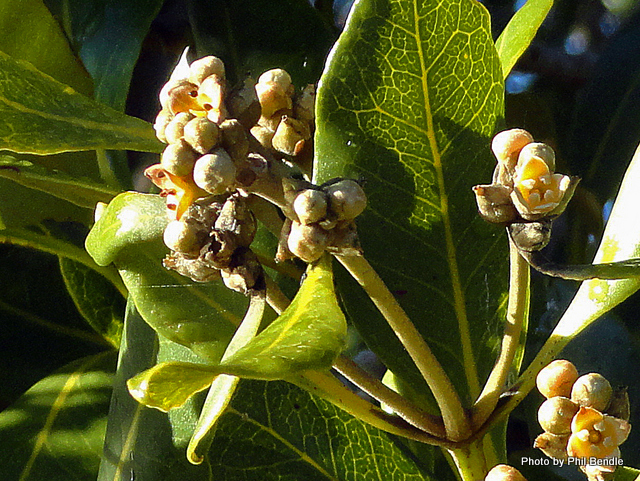 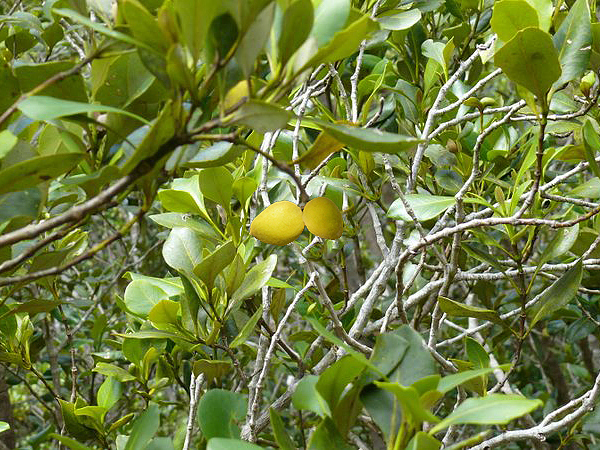 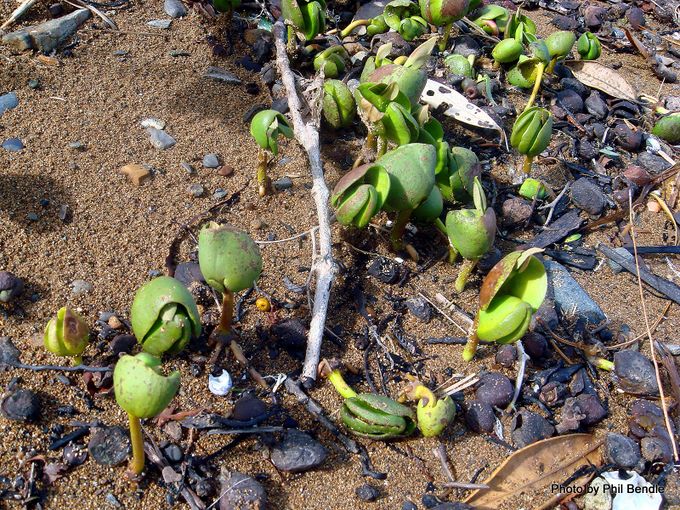 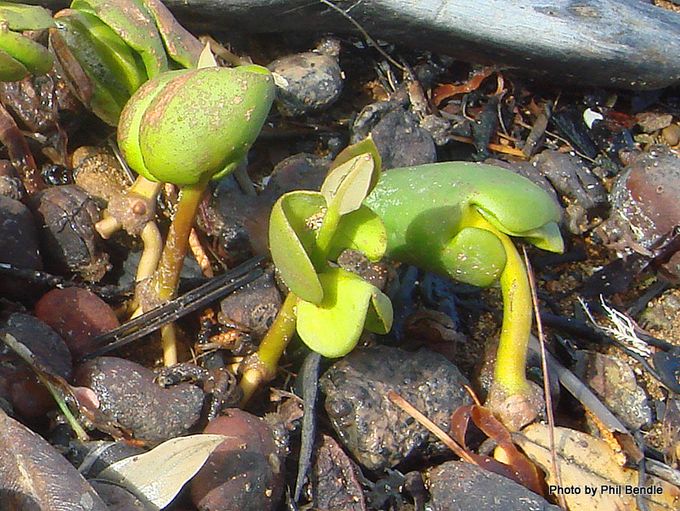