Aucuba japonica is a shrub (1–5 m) native to rich forest soils of moist valleys, thickets, by streams and near shaded moist rocks in China and Japan. This is a variegated cultivar of Aucuba commonly seen in gardens.
The simple, leathery leaves are opposite, broad lanceolate, 5–8 cm long and 2–5 cm wide.
Aucuba japonica are dioecious, they have separate male and female plants. The flowers are small, 4–8 mm diameter, with four purplish-brown petals; they are produced in clusters of 10-30 in a loose cyme. If a male clone is nearby the flowers may be followed a red glossy berry approximately 1 cm in diameter.

It is curious that horticulturists choose to propagate diseased plants such as Aucuba japonica var variegata.. The variegation (the yellow ringspots or yellow mosaic) on the leaves is caused by infection with the badnavirus called Aucuba bacilliform. It is spread by mechanical inoculation: mealybugs, mechanical, wounds and by the plants seeds.  http://www.terrain.net.nz/friends-of-te-henui-group/plant-diseases-and-disorders/aucuba-bacilliform-aucuba-ringspot-virus.html

The female tree has the red berries. 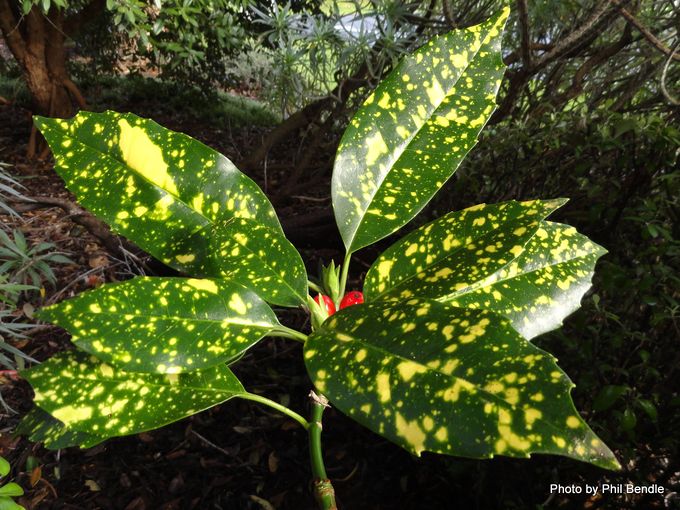 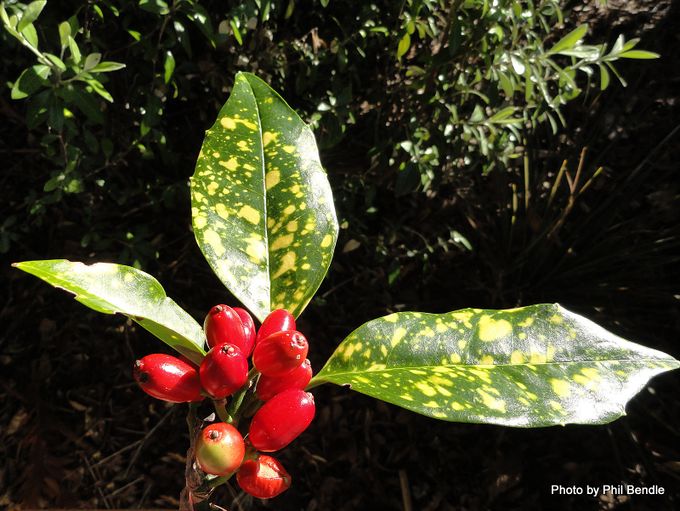 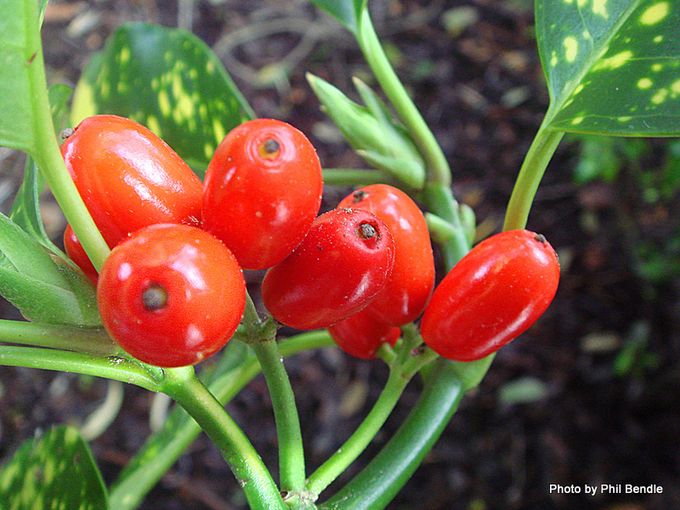 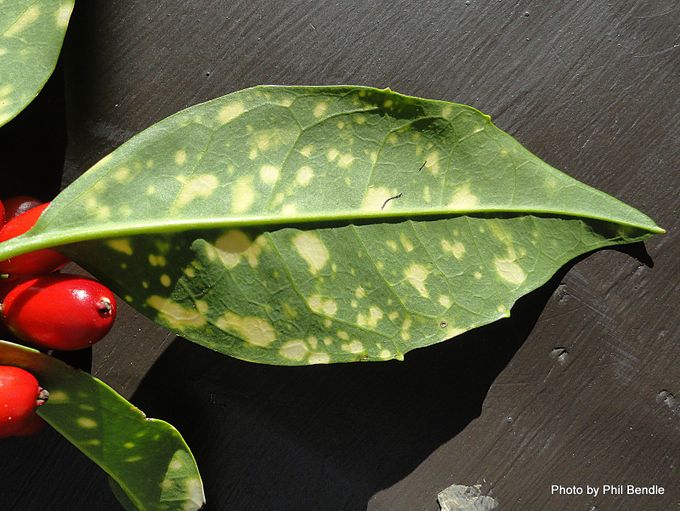 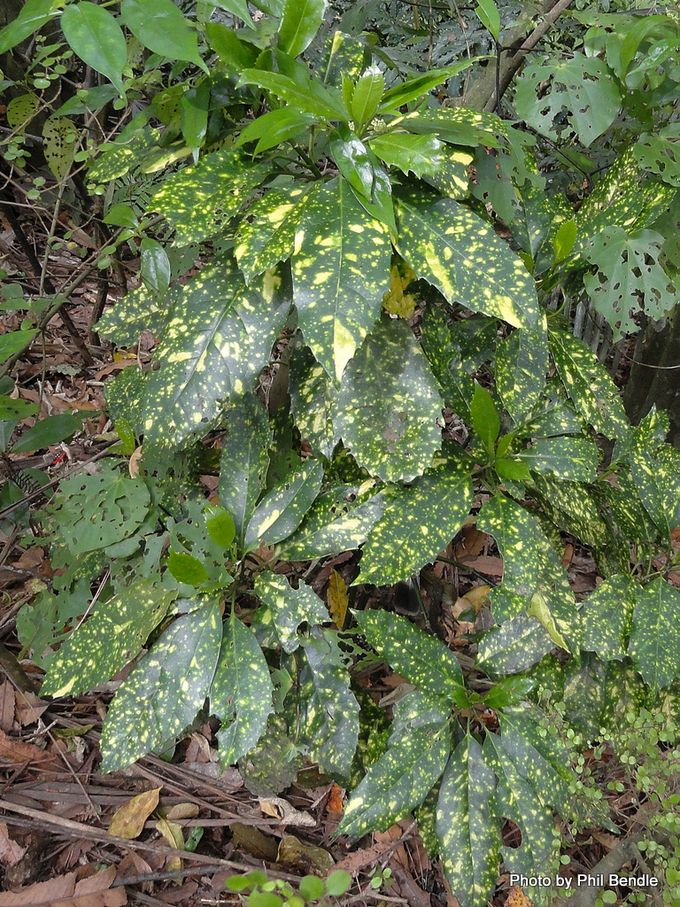 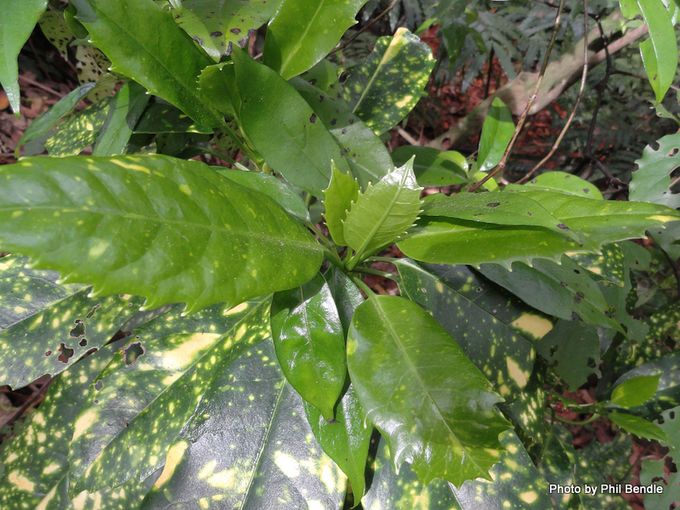