Asparagus aethiopicus is a plant native to the south-eastern coastal regions of South Africa, in the Eastern Cape and the Northern Provinces. It is often used as an ornamental plant but is declared an invasive weed in many countries including New Zealand. It invades coastal vegetation and forest edges smothering vegetation.

Asparagus aethiopicus is a branching perennial herb with tough green aerial stems which are sparsely covered with spines. The leaves are actually leaf-like cladodes, which are 0.8-2 cm long and 0.1-0.2 cm wide, and arise in groups of four or more from the stem. Occurring in spring, the small white or pinkish-white flowers are 0.3-0.5 cm long and arise in clusters off the stem.
Flowers are followed in summer by small round berries 0.5 cm in diameter, which bear a black 3 mm diameter seed. Initially green, the berries mature and turn red in the winter. The root system is a mat of fibrous roots with small, bulbous tubers, from which plants may resprout.
Seeds are spread by fruit-eating birds and improper disposal of garden refuse. The plant's tubers are spread by soil movement. 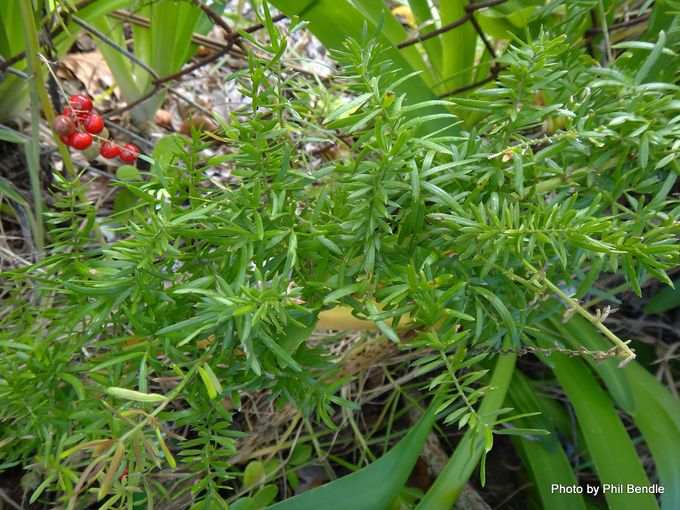 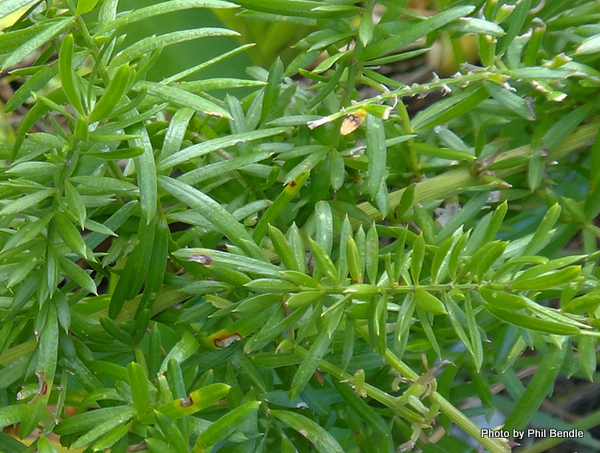